Selby Town Council has taken aim at Aldi supermarket for “completely ignoring the concerns of residents” when looking into building a new store in the town.

Proposals to create a new 1,800 square metre Aldi shop and 92-space car park in place of the old police station on Portholme Road were submitted to Selby District Council in October 2020. Aldi already has an existing shop in Selby on the Three Lakes Shopping Park, which is expected to close once the Portholme development takes shape. The pre-application consultation for residents and councillors to submit their views has since passed, but this hasn’t stopped councillors from criticising the high-street brand at its full council meeting on Monday (June 28) evening.

Commenting on the planning application, council representatives made clear that they were “incredibly disappointed” that Aldi hadn’t taken note of any previous comments they’d made on the scheme. These included the movement of HGVs, the proximity to Tesco and Morrisons up the road, as well as another new development in the form of the Legal and General Housing site also causing problems. On Monday evening, councillors made clear that these previous comments were “still relevant” but wanted to reiterate to the supermarket that its plans for Portholme were “unacceptable in principle”. It was also announced at the meeting that the town council had been granted an extension until July 2 to submit any comments they wished to make to Aldi, due to the standard public consultation ending on June 25. Cllr Fred Matthews wasted no time kicking off his objections towards the proposed 1,800 square metre supermarket by calling it “inadequate for any HGVs”.

He said: “After reading further documents submitted by Aldi recently, I noticed that they’d taken no notice of our previous comments. They haven’t taken into account the elephant in the room, or should I say HGV in the room. “Union Lane, Portholme Road and numerous other streets in Selby take the brunt of HGVs delivering to supermarkets and this development highlights yet another destination for these types of vehicles. “It’s torturous for motorists, and it must be the same for HGV drivers because all you need is a lorry coming out of Morrisons and one coming out of Aldi, and the traffic will be backed up going both directions. “We need to reiterate our concerns to Aldi and do so in the strongest terms possible.” Other concerns made at the meeting included risk of flooding, impact on residents on Portholme Road and overdevelopment on Portholme in general. Despite these issues raised by councillors earlier this week, Aldi has overwhelming resident support to build the supermarket in this location. During the public consultation, the supermarket garnered 68 letters of support and only four letters of objection - something that Aldi also highlighted in a statement to the Selby Times on Tuesday.

A spokesperson for the supermarket said: “A pre-application meeting took place with Selby District Council on June 3, 2020. The principle of development was discussed and considered acceptable. “A letter drop to over 2,000 local addresses also took place, outlining the proposals and encouraging the views of residents. “As part of this proposal, the applicant has addressed design criteria and, where possible, take on board comments made throughout the pre-application process. The proposal provides a sustainable development on vacant previously developed land in an edge-of-centre location.” It’s expected that Selby District Council will make a decision about the supermarket in the coming months, but it’s not yet known whether this will be through delegated powers or via its planning committee. 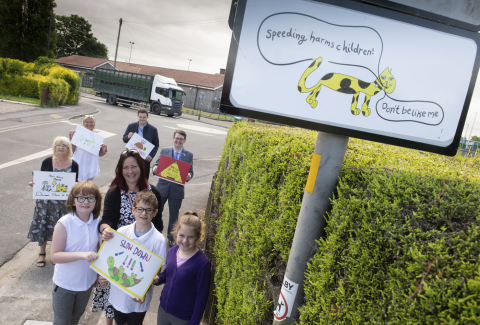 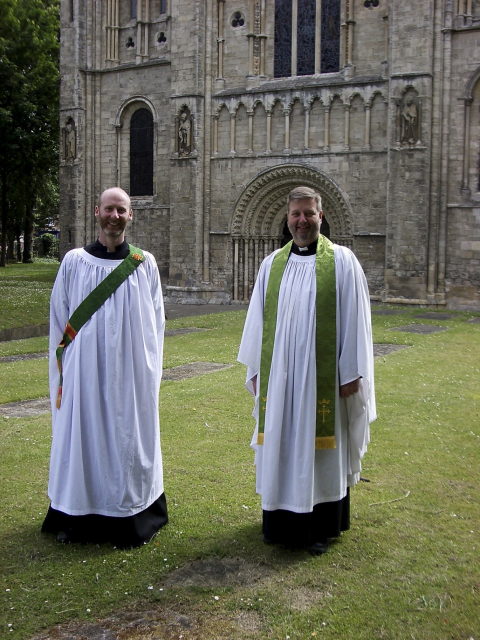 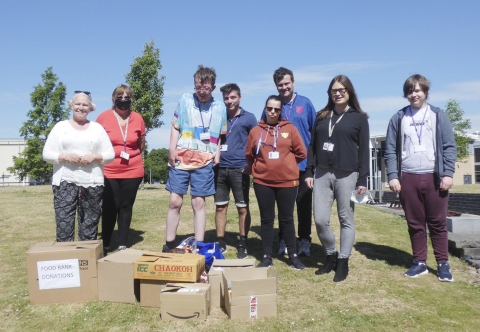 Students help to shore up foodbank
A group of entry-level students at Selby College have presented donations to their local food bank after setting themselves the challenge of collecting as many surplus food items as possible.
News - Patrick Gouldsbrough 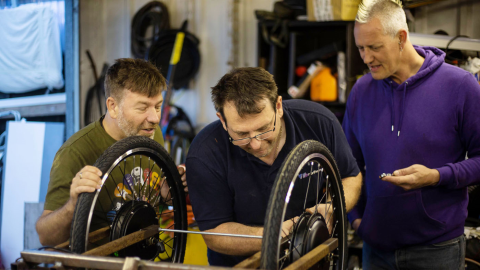 Friends plan off-road wheelchair for ill friend
Three Selby engineers have set themselves a target of creating their severely disabled friend an off-road wheelchair, so he’s able to hold his wife’s hand on the beach - all while regularly documenting the process on YouTube.
News - Patrick Gouldsbrough