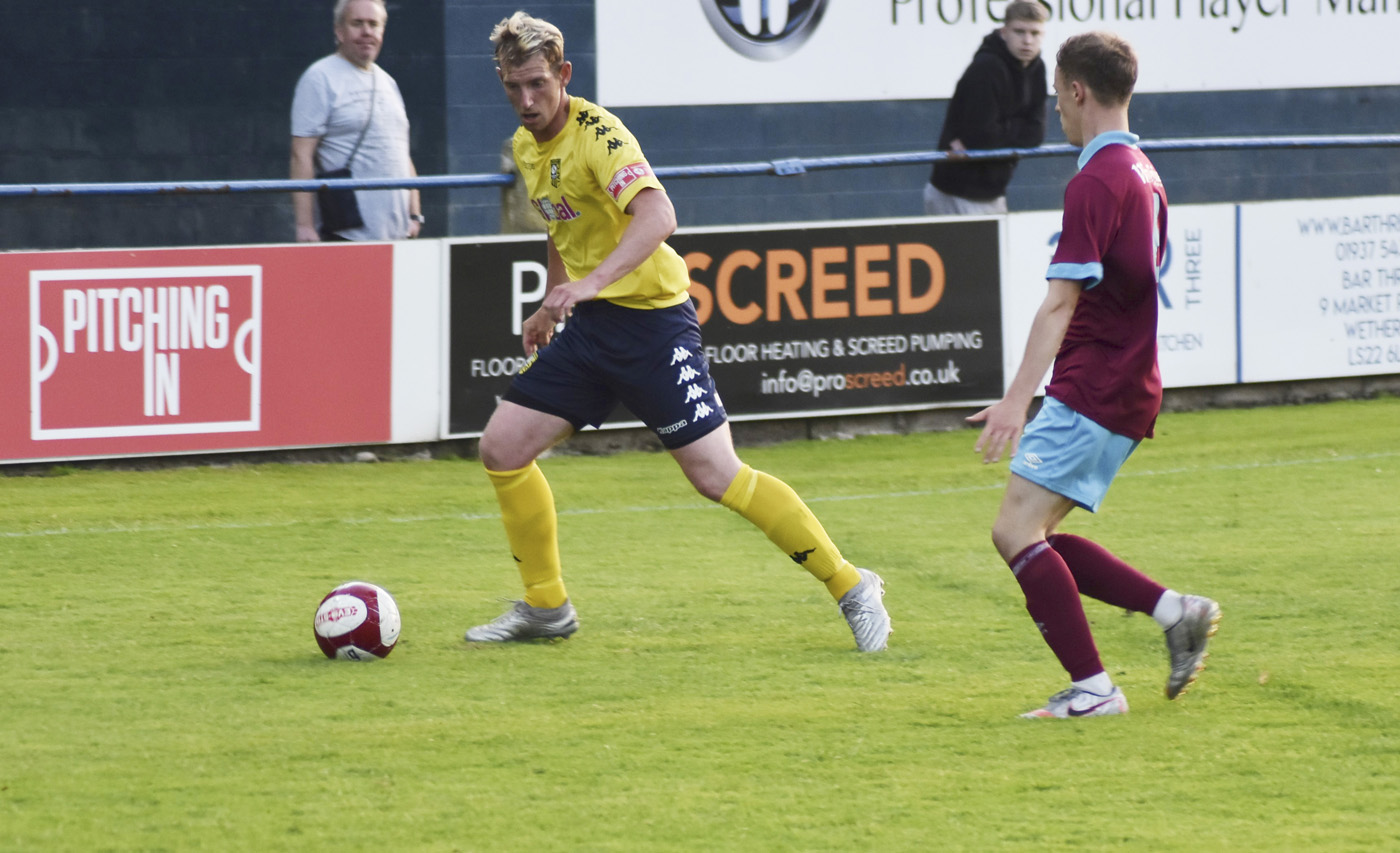 New arrival Harrison Davison-Hale started in goal for Tadcaster but was largely a spectator in the opening 45 - only called upon to punch away a corner and parry a stinging effort with the sun pestering his vision. In the opening ten minutes, Romario Vieira twice tried to recreate last weekend’s wonderstrike with two similar efforts but, unfortunately, neither found the target. Tadcaster almost led just after the 15-minute mark. The trialist left-back got in behind the Emley defence following a clever chipped pass from Simon Russell, but his powerful volley was denied by a brilliant save.

The full-back was soon involved once more, again assisted by Russell, but the goal-bound header cleared the bar. Half an hour in, the home side had another really good attempt at goal. Marco Basic hit a free-kick which looked destined to find the back of the net but for a combination of the post and the keeper somehow keeping the ball out. The hosts had one more attempt before half-time. Again, Basic was involved in the build-up, picking out Junayd Cassius-Gil with a pinpoint cross. The latter, who had worked hard all half, had a good strike at goal which was well pushed away by the Emley goalkeeper. Emley were not without their moments going forward, but the Brewer’s backline was marshalled well by Dan Hartley.

At half-time, Tadcaster made just two changes as other new arrivals, Ed Church and Joe Wilkinson, entered the fray. Church was involved quickly - showing sharpness in his link-up with Cassius-Gill and offering a different problem for the Emley backline. Romario Vieira came agonisingly close to making it two goals in two games but could not quite stretch to get enough contact on the ball to turn it home. Nevertheless, it felt like the tide was turning for Tadcaster. Vieira had another decent sight of the goal, but his latest attempt from just inside the penalty area was held comfortably by the keeper. With 15 minutes left to play, the Brewers gained the lead through Tom Evans, who managed to get the telling touch to a fiercely struck cross from the trialist winger, which was whipped across the face of goal from a well-worked short corner. With some frankly outrageous skill, Vieira, produced a rainbow flick over his marker whilst Church did brilliantly to turn his man, then burst through on goal but was inches wide. It finished a 1-0 win for Tadcaster but on another day it could well have been more. A lot of positives to take for Paul Quinn’s men, who host Spennymoor next at the Global Stadium on Saturday, July 24. Report by Olly Wood and photos by John Clothier. 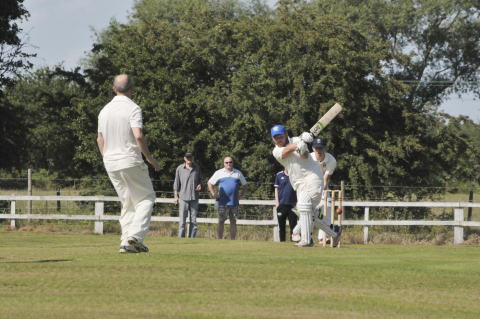 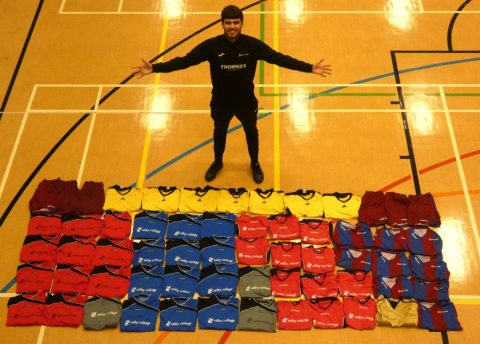 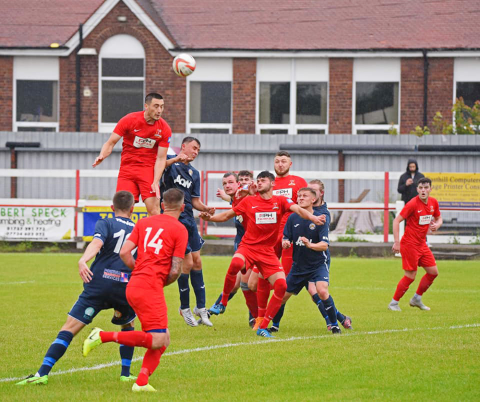 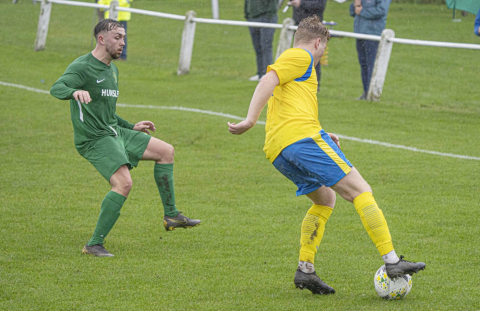 White Rose aiming to ‘take one step back to take two forwards’
Sherburn White Rose FC has announced that its first-team squad will drop down a division for the upcoming 2021/22 season - citing issues with its current player pool and welfare of players.
Sport -