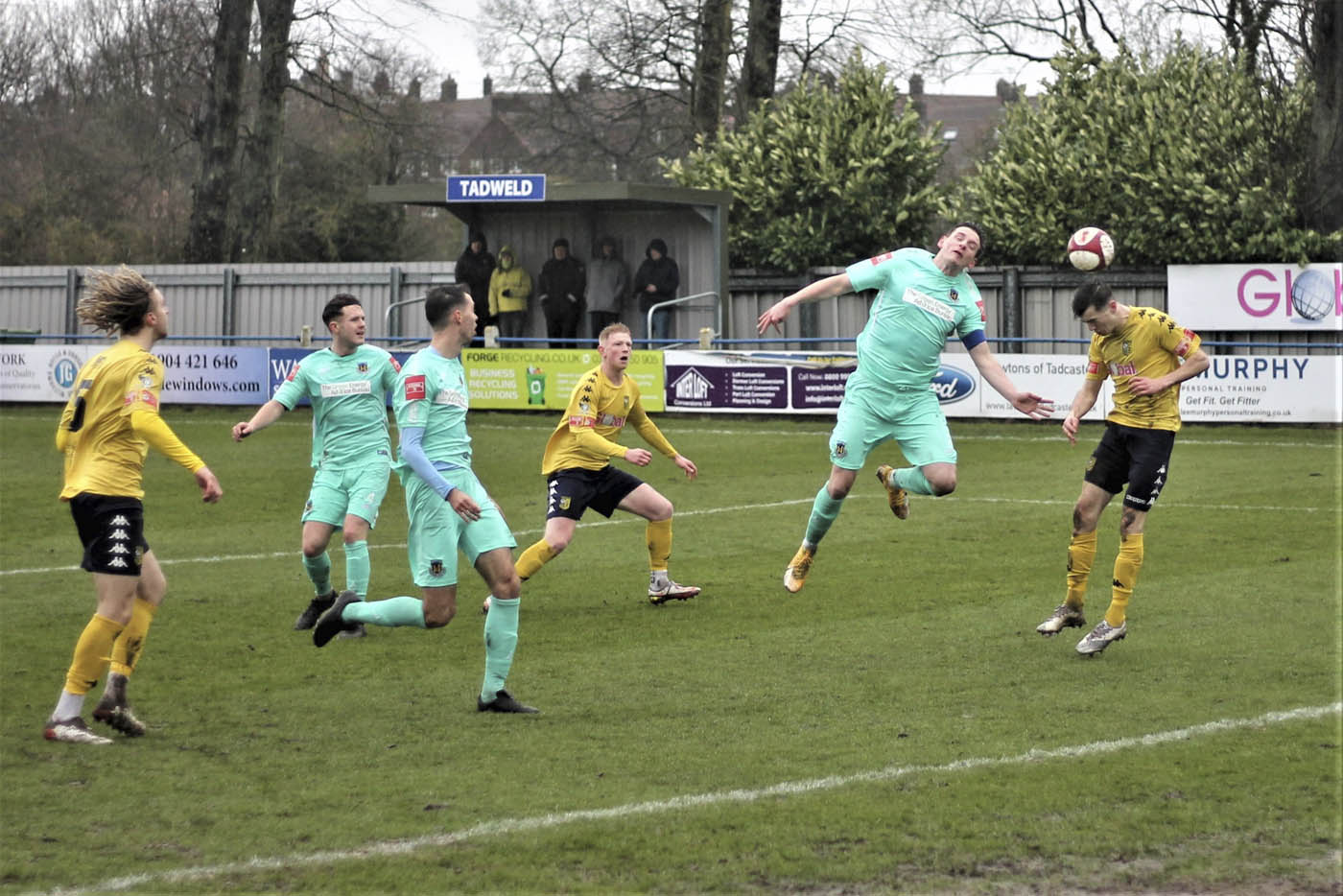 With Valentine’s Day just around the corner, there was no love lost on the pitch as Eddie Church received a red card in the 13th minute leaving Tad a man down until Hebburn had both Oliver Martin and Kieran Aplin sent off in the 90th minute.

John Deacey made two changes to the starting XI from the side that began against Brighouse on Tuesday - Chris Howarth returned, and Harry Fisk was given his debut in goal replacing Ally Hughes. There was also a very welcome return to the bench for Romario Vieira who had been out since the County Cup match against Guiseley in mid-December, when he sustained an injury. Church almost profited from a loose ball eight minutes in, but the on-rushing keeper managed to make an important block tackle as the ball just got away from the Tad no.9 Mark Ferguson was again bright on the right wing after a very promising cameo in the week. He was in a similar vein of form as he got himself in behind the Hebburn defence and forced the keeper into a smart save with his legs from the winger’s low drive.

In the 13th minute Ferguson saw an effort drag wide of the post after the winger cut in from the left but seconds later the referee brandished a red card for Church following a contentious off-the-ball incident and Tad were reduced to ten men. Midway through the half the visitors had a couple of half chances which came and went without troubling Fisk in the home goal. In the 25th minute however, the on-loan keeper was involved for the first time making a good one-handed save to push the ball over from Michael Richardson’s shot.

The following corner caused the Brewers problems - the ball dropped some three yards out for a Hebburn man, but the shot was hooked over the bar. On the half hour mark Tadcaster came close to taking the lead - Jordan Deacey released Donald Chimalilo who, in a one-on-one, beat the keeper to the ball, knocking it goalward, but the Tad man was denied a simple tap in as Donaghy raced back for a last-ditch clearance As the game neared the halfway mark Hebburn continued to push with their man advantage but the Taddy back line stood firm and continued to repel any danger. The visitors were on the front foot from the off in the second half. Less than ten minutes in, Martin managed to weave his way into the box but his shot was brilliantly blocked by a yellow shirt thrown in the way. Two minutes later Fisk produced a brilliant fingertip save diverting the ball onto the crossbar denying Oliver Walters the opening goal. Tad broke down the other end, a rare foray forward in the second half.

Deacey dinked the ball in behind for the willing runner Ferguson who saw his effort denied by the keeper who stayed tall to make the block. Just after the hour mark Howarth made a fantastic last-ditch block from Richardson to protect the score line as the Brewers continued to deal with the building Hebburn pressure. Moments later, Chimalilo, who had worked hard filling in as the striker since the red card was replaced by Des Amponsah to add fresh legs. In the 66th minute Jack Carr drove forward, cutting in from the left before firing on goal but the shot was straight at the keeper. The winger was replaced with 20 minutes to go having run himself into the ground and not being able to carry on. On came Jack Crook in his place. In the 75th minute Fisk again was involved saving and holding a curling effort from Martin. A succession of corners and crosses into the box followed but all were cleared by Tad. Hebburn began to throw everything but the preverbal kitchen sick at the Tadcaster defence, but it continued to stand firm. There was late drama In the 90th minute as Hebburn’s Martin and Aplin were shown two red cards after a scuffle that left Dan Hartley on the floor. However, there was no time for the Brewers to take advantage of the nine men as almost immediately the referee blow for full time. A good, well-earned point for the Brewers who had to dig in and show resilience playing with ten men for almost 80 minutes. Next up for Tad is another home game against Stocksbridge Park Steels on Saturday, kick-off 3pm. Report from Olly Wood. 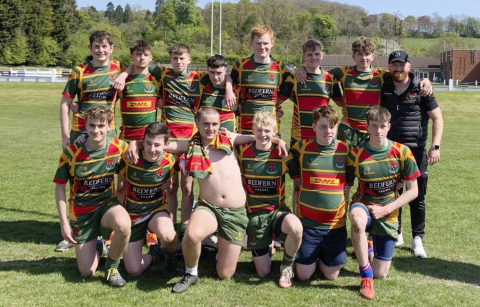 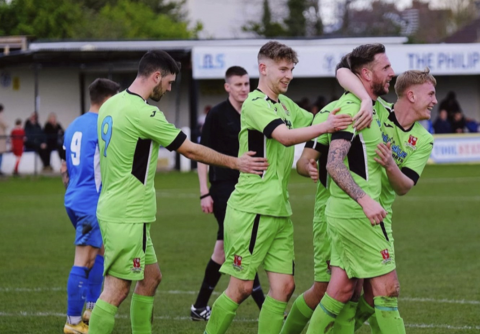 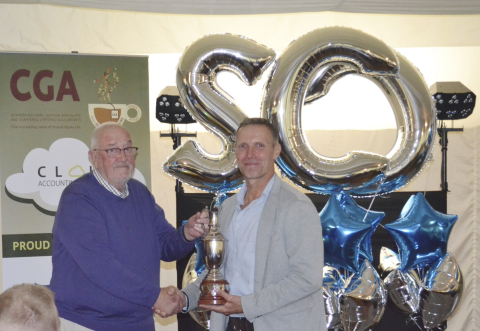 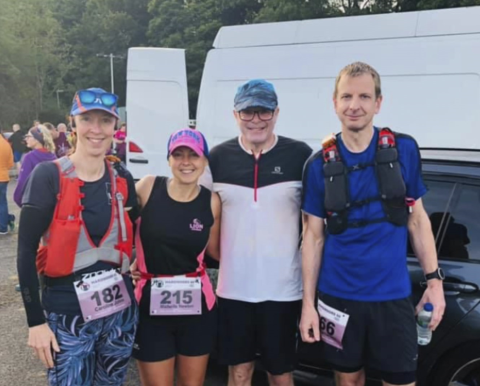